The mass of the building and its inner spaces were formed by combining the perimeter block development, which provides the best use of the construction indicators, and the spacious reception yard, which opens onto the promenade and expands the urban space. The upper levels are stretched to the limit allowed by the regulations, thus maximizing the size of the inner courtyard. An important element of the view from the Corvin Promenade is the bridge connecting the second and third floors of the two side wings. The bridge itself and the slightly rising sloping space formed below it form a transition between private and public spaces.
The appearance of the building is determined by the white stripes running around the greyish-brown plaster architecture and the colorful marks of the mostly two-level-high terrace boxes that unite them. The neutral, dark-toned plaster helps to unify the large number of openings resulting from the number of apartments. The ribbon motif dividing the facade surface horizontally only appears on every second floor. This division visually reduces the scale of the house, and the building fits even more into the environment.
When creating the floor plan system, in addition to rationality and economy, the creation of diverse interior spaces was also extremely important. The staircases were placed at the junction of the side wings and the cross wings connecting them. The stairwell and the elevators are directly connected to the spaces of the 10-level high atrium with natural light. Inter-level visibility is provided not only in the central atrium but also in the carpeted corridors leading to the apartments. The more relaxed atmosphere of the middle corridors of the side wings is provided by the slight pulling of the traffic plates away from the walls. In the hanging corridor-like design, which varies from level to level, the more distant flats can be approached from small “bridges”. The building has 532 apartments. 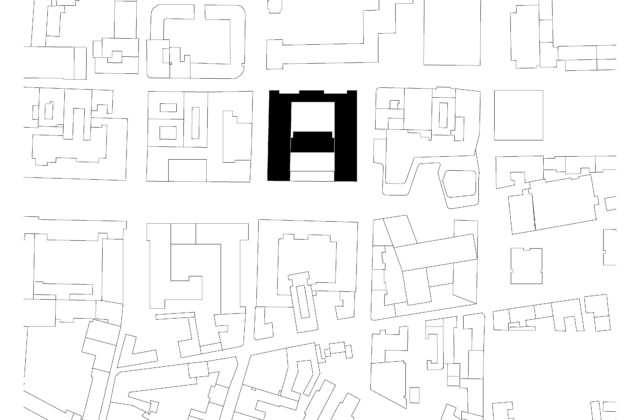 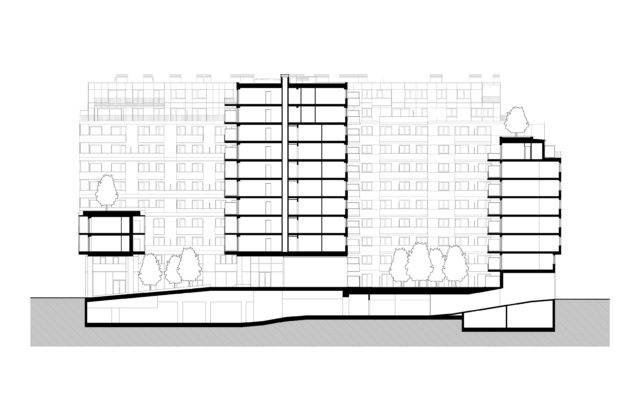 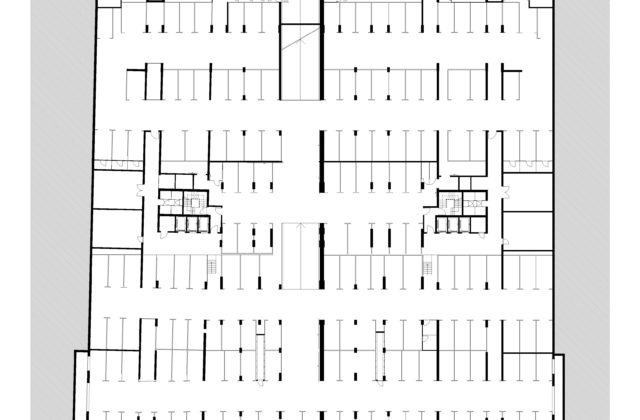 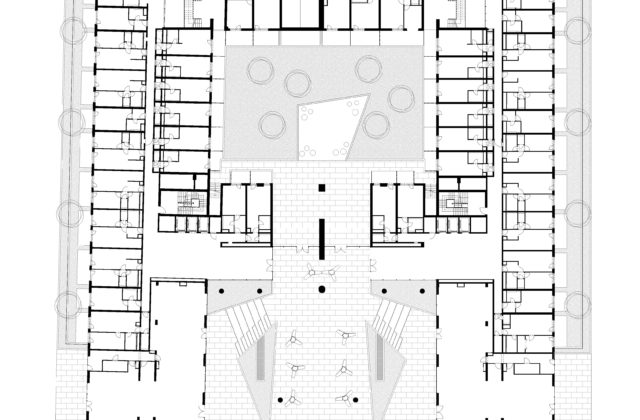 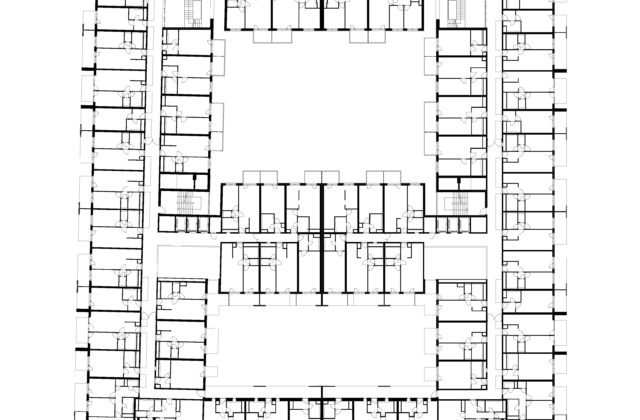